My buddy Chris has been telling me that I need to post so I thought I'd use his pics to do it.

Here's his stash of terrain bits from Micropanzer: 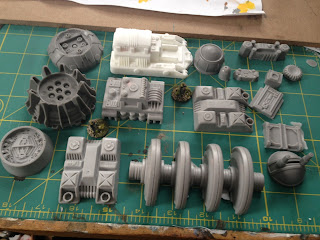 He got a bunch of doors and windows and I am jealous.

Here's a little terrain piece he whipped up last week. 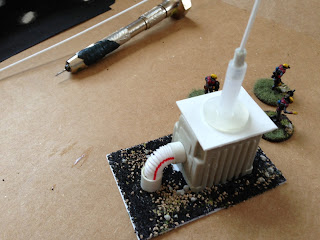 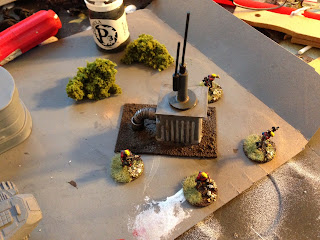 And here's his take on t he Brog Empire minis from Rebel Minis: 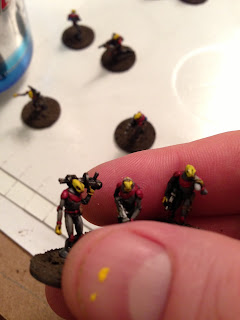 I love these minis and I'm so glad he bought them. He's a big fan of Steve Rude's Nexus comic and I think these would fit in that universe splendidly (as would most of PF's sculpts). Chris said that he was able to reposition arms easily and that after a run in with a sleeping cat he could bend the guys back into position without breaking them.

My next post will show off my progress on Odzial Ozmy's New Vistula Legion. I just have to find the time to take some pics.
Posted by e-p at 5:36 PM 4 comments: